Standing in front of his peers in the Melbourne Youth Orchestra 12 years ago, Louis gave his first ever down beat. His dreams had come true only to be stopped four bars into Beethoven’s Sixth Symphony, stumbling off the podium from nerves and disappointment of only 4 bars of music he later found out he had won a place in his first conducting masterclass, the masterclass where it all began.

Whilst completing his schooling and bachelor at the University of Melbourne in percussion he seized any opportunity to conduct which led him to leading ensembles such as Forrest Collective and touring with the Australian International Opera Company as well as a number of lunchtime recitals at the Australian National Academy of Music (ANAM). In his second year of university, the Hopkins Sinfonia was founded and a year later he became their Music Director, a position he held for three successful seasons. His passion led him to Sydney and began his Master’s of Orchestral Conducting under Maestro Eduardo Diazmunoz, Maestro Stephan Mould and Maestro Niel McEwan which he completed in late 2017. Whilst in Sydney he worked with the North Sydney Symphony Orchestra and the Eastern Sydney Chamber Orchestra and became the Assistant Conductor to Dr Nicholas Milton AM at the Willoughby Symphony Orchestra.

Louis moved to Canberra mid 2018 and has started to make his mark on the cultural landscape in the capital. He performs regularly with the Canberra Symphony Orchestra, conducts the James McCusker Orchestra within Music for Canberra and teaches percussion at Canberra Grammar School.
He was recently appointed Assistant Conductor of the Australian World Orchestra to Alexander Briger OA for their 2021 season touring Canberra, Sydney and Melbourne in early June. 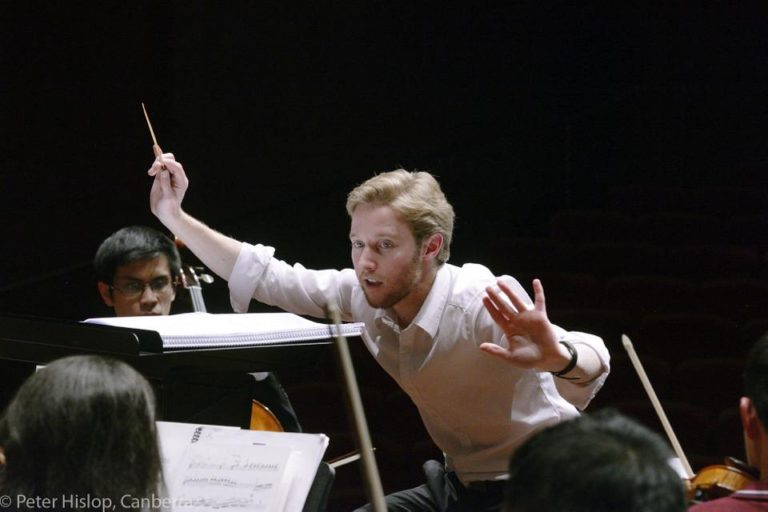 Leonard Weiss is an award-winning composer, conductor and performer,  named the 2016 Young Canberra Citizen of the Year for Youth Arts and Multimedia, in addition to being nominated as an ACT Finalist for Young Australian of the Year 2016.

Leonard holds a Bachelor of Music (ANU) and a Master of Teaching (UNE). In addition to conducting the National Capital Orchestra, Leonard is well-known in Canberra for conducting the Canberra Youth Orchestra, the ANU Choral Society, the Canberra Qwire and the Musica da Camera string orchestra. Leonard is the pre-tertiary Classical H-Course Coordinator and teacher at the ANU, as well as teaching and conducting ensembles at Canberra Grammar School.

Leonard has performed solo carillon recitals in the USA and throughout Europe, including performing in Belgium earlier this year and at Princeton University in July 2015 as part of the Guild of Carillonneurs in North America’s summer recital series, as well as performing solo concerts for the 2016 and 2017 Australia Day celebrations and the 2015 Canberra International Music Festival.

In 2016 he undertook intensive study at the Royal Carillon School “Jef Denyn” in Mechelen, Belgium, where he worked with the world’s top carillon performers. In an orchestral setting, Leonard can often be seen performing on harp or French horn, both of which he has played in concerts with the Canberra Youth Orchestra.

Leonard is a regularly commissioned composer, having had his works performed in Europe, the USA, and throughout Australia. His composition awards include the Mix 106.3 Award for Best Original Score at Lights! Canberra! Action! in 2014. His popular compositions include a soundscape to unveil Musica Viva’s 2015 concert season, and awarded works for solo carillon and for chamber ensembles.

Leonard is now pursuing a Masters degree in conducting with Marin Alsop at the Peabody Institute at Johns Hopkins University in Baltimore, USA.  For more information see www.LeonardWeiss.com 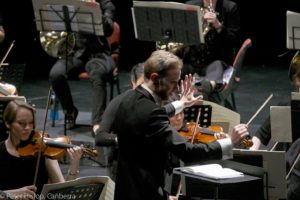